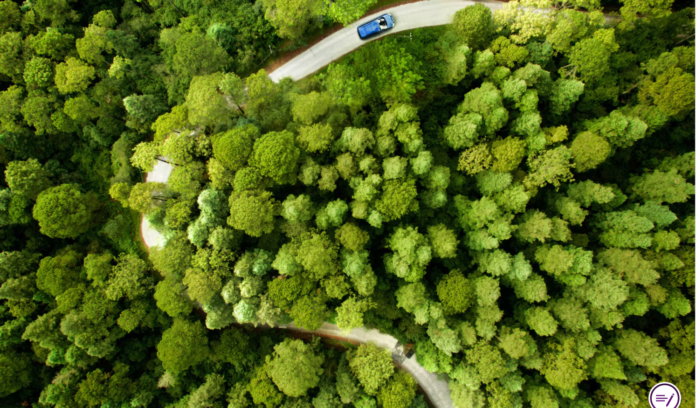 Discover how the overarching principle of purpose helped foster greater engagement, focus and motivation to generate the company’s desired results.

As discussed in Chapter 6, the design of effective compensation systems at nonpublic, closely held companies requires a deep understanding of the business’s purpose, mission, vision, strategy and objectives, with each of these being defined by the owners. Because of the nuances involved in executive compensation (EC) systems in these nonpublic companies, it is worth taking the time to look at more than one example of how to apply the overarching and operating principles. In this chapter, we look at Wattage 360°, Inc., a founder-run organization.

Before exploring the details of Wattage 360°, Inc.’s compensation, let’s first review the definition of “nonpublic company” and reexamine general issues related to creating a principles-based approach to compensation and such businesses.

As previously articulated, a nonpublic or closely held company is a relatively large corporation owned by an individual, group, investment firm or family (or a combination of these). They include founder-run organizations, family businesses owned by family shareholders, investor-owned companies held by a single investor or consortium of investors, or a variety of other structures that are more fully explained in Chapter 6.

Again, when applying a principles-based approach to compensation at these companies, one must have a strong understanding of what makes each business distinct from others. These nuances include the ability to more easily gain insights into short- and long-term aspirations, the freedom for these types of businesses to pursue unique goals and a potentially shifting list of objectives based on changes in leadership. Chapter 6 offers a deeper discussion of both the types of nonpublic companies that may exist as well as other factors that make these closely held companies distinct from other businesses.

Based in the Central Plains, Wattage 360°, Inc. is a $3 billion alternative energy business that develops and operates large-scale, electricity-generation projects using wind, solar and gas-turbine technologies. Unlike many players in this challenging sector, Wattage 360°, Inc. is consistently profitable, with a high return on investment. The founder (and owner and CEO) has a strategy of reinvesting all proceeds in the business (e.g., to finance a new, 300-turbine wind farm) and doesn’t break ground on a new project until a sufficient number of customer contracts are in place to guarantee its long-term profitable return. Another part of Wattage 360°, Inc.’s success is its focus on the environment — not just the broader physical world, but the environment and culture of the business itself. The company is known for hiring smart, dynamic people who are passionate about clean energy technology, disciplined and driven to succeed, and highly pragmatic in their approach to developing cutting-edge solutions in this space.

Still, Wattage 360°, Inc. — specifically, the leadership team — faced significant challenges to incentivize employees, struggling to create an incentive structure that engaged executives sufficiently around the founder’s goals and interests. Managers were employed with the expectation that Wattage 360°, Inc. would be sold within five to seven years, enabling them to cash out. By 2015, Wattage 360°, Inc. had operated for 10 years, with no sign of a near-term exit — even though the founder had sold a previous business he’d launched. Incentives at Wattage 360°, Inc. were based on a combination of profits and what we describe as a “founder happiness factor,” effectively a completely discretionary compensation plan with a very narrow range of rewards. In short, the incentives provided didn’t sufficiently align and engage the management team or hold it accountable. The incentive plan pleased the founder but failed to motivate team members or clarify how they could earn greater rewards.

As is generally the case, this lack of motivation prevented the founder’s goals from being realized. He was frustrated by his team’s lack of direction and motivation caused by its insufficient engagement and accountability. Over time, he realized his company’s incentive plan was aligned only with his personal happiness and not with what he wanted his executives to accomplish. So it was no surprise that engagement and accountability were not maximized. Specific goals and associated accountability standards were limited, as were rewards when objectives were met. Wattage 360°, Inc. needed to establish clear goals and consistently apply associated performance expectations and payouts with the level of performance achieved. It also needed to distinguish among high, medium and low performers, with commensurate compensation. An appropriate and fair compensation system fosters engagement and accountability by helping executives and managers understand what they need to do — based on specific measures — and how success will be rewarded.

An appropriate and fair compensation system fosters engagement and accountability.

Over time, Wattage 360°, Inc. developed an annual incentive plan with clearer goals, well-specified ranges of performance and payouts, and better communication of all components. The company aims to develop a long-term incentive plan tied to both financial performance and enterprise value that further enhances alignment, engagement and accountability and supports its purpose of sustaining a high-impact alternative energy provider.

Wattage 360°, Inc. and the operating principles

At Wattage 360°, Inc., the pay programs created dissatisfaction, not accountability, and consequently engagement suffered. Our goal was to enhance the system’s accountability. Clearly outlined expectations and performance measurements tied to pay generally support accountability, fostering greater engagement, focus and motivation to generate the company’s desired results. The use of the operating principles below supported our work.

Operating Principle 1: Sustainable: EC must reinforce the responsible creation of sustainable long-term value and the activities organizations undertake to generate this value.

Wattage 360°, Inc. lacked a clear definition of enterprise value, a measure of total company value and an organizational understanding of how the company’s activities — as successful as they were — increased that value. Only the founder and a small cadre of top executives had a good perspective on these issues. There was very little connection among employees’ activities, their pay and their contribution to sustainable enterprise value. The new system had to forge those connections more clearly.

Operating Principle 5: Market-informed: EC decisions should be informed, and not driven, by market practices.

The company’s system had little reference to market pay practices, even though market rates were paid to recruit and retain high performers, so we sought to build current compensation practices into the system. This included target annual incentives reflecting levels of responsibility and authority, as well as a range of potential incentive payouts that reflected differentiation in individual performance.

As noted above, the reward strategies were not cohesive, well articulated or understood. As is commonly the case in young, high-growth organizations, the compensation program had evolved opportunistically based on short-term hiring needs and growth, rather than as part of a systematic plan. So the pay program lacked systems and structures, and its core components were not known or understood beyond a small group of top executives. Management recognized this problem and did a thorough job of communicating the new plan to employees. This effort included a companywide rollout meeting, dissemination of materials describing in detail how the plan works, individual meetings with each participant and regular communication on how the company is performing relative to the goals in the plan.

We helped Wattage 360°, Inc. reduce the number of performance measures from 15 to three key measures employees could understand and focus on. Next, management engaged in rigorous target-setting to help the company set goals and target levels that were reasonably achievable for most people in most years. Previously, these levels had been too high, making it rare for a business unit ever to exceed its target performance level. They were aspirational but provided insufficient motivation to encourage accountability or engagement. Company, business unit and individual goals were achievable with significant effort and could be exceeded with substantial effort. Even for a very high-performing company, goals and ranges still needed to reflect achievable ranges of performance.

Operating Principle 12: Tailored incentive curves: The incentive payout curve and range should vary based on the volatility/sensitivity of the underlying performance measures, probability of achievement, affordability of outcomes, and how corresponding payouts will compare with market and historical results.

The new system stretched out the performance and payout curves to reward performance over a broader time horizon and create more meaningful upside and downside within the incentive program.

Operating Principle 13: Circuit breakers: For senior executives, a reasonable minimum level of organization-level financial performance (i.e., circuit breaker) must be achieved before incentives can be funded.

Management also instituted “circuit breakers” — a minimum performance level required for payout — within the system to ensure that poor performance would not be rewarded. This was particularly important to the founder and CEO, to make sure the new system would maintain good control over rewards while promoting accountability and engagement.

Operating Principle 14: Informed discretion: Discretion is a critical tool for ensuring a holistic assessment of sustainable performance and quality of outcomes, and should be applied to incentive funding and allocation decisions based on a predefined framework. Compensation committees should consider how best to disclose and explain their use of discretion.

Wattage 360°, Inc.’s plan had been almost entirely discretionary (80% to 100%), based on in-depth reviews and discussions by the founder and his senior team. Again, this is not unusual in an early-stage, high-growth company. We worked with management to develop a mechanism that applied discretion more clearly, with bonuses determined by an objectives-based formula and an additional discretionary adjustment applied by the CEO and senior team. The system allowed top management to maintain overall control of the framework and the ability to adjust rewards up and down based on a significantly wider range of actual payouts, rather than the overly tight distribution previously in place. Explicit criteria were developed for applying discretion, with an expectation that a limited number of individual awards (20% to 30%) would be adjusted within a specific plus or minus range.

The overarching principle of purpose had a critical role and function related to all aspects of the business, including incentive systems.

The key takeaways in this situation fall in line with those expressed in Chapter 6 for Three Pillars Corp. As exhibited by Wattage 360°, Inc., the overarching principle of purpose had a critical role and function related to all aspects of the business, including incentive systems. Additionally, it is evident that many closely held companies embrace a purpose that may include nonfinancial objectives, and this will guide the development of incentive systems.

Alignment also showed its importance in ensuring that the interests of management — as related to purpose — are aligned with those of the owners. These interests include both the goals and objectives of the founders/owners as well as the related time horizon (which may be longer for private than public companies). Finally, it is important to remember that closely held businesses face special challenges when competing with public companies for talent because nonpublic companies have a longer-term focus, often retain talent longer and use less liquid incentive tools.

As articulated in Chapter 6, incentive systems in closely held companies present several pitfalls. For example, presuming public company solutions in private company incentive plans suggests that there is a one-size-fits-all response, which clearly is not the case.

Additionally, it is important to understand that shareholder value maximization and total shareholder return are not the only objectives in a closely held company. Yes, long-term value creation may be important, but owners often value sustainability, cash flow and good corporate citizenship as well.